I haven't had a lot of time to play in my scrapbook room lately, but The Stamping Chef had a challenge last week that I wanted to join.  So, luckily I was able to make a little time to do this card. 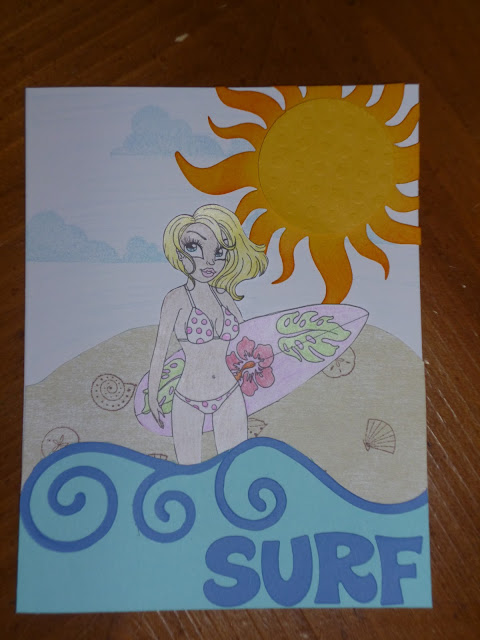 
These are the cupcakes that started it all! 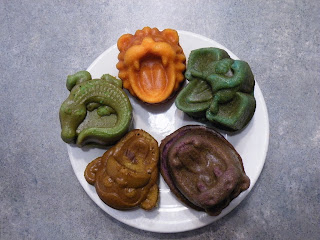 I probably would not have ever chosen "safari" for a birthday party theme had it not been for my mother buying this cupcake pan.  However...these didn't even make it to the party.  At 2:30am the day of the party, as I was making these cupcakes....five at a time cause I only had the one pan, I realized I hadn't bought enough cake mix and decided they were just taking too long to make anyway.

But, luckily I had bought some cupcake toppers when I was buying party supplies.....just in case.  And we ran to the store and bought pre-made cupcakes at the last minute. 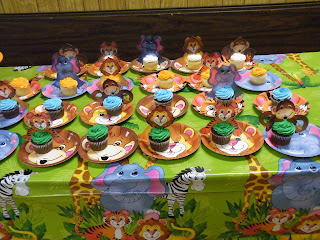 I also found some yummy punch recipes on pinterest.  My "swamp water" had little toy bugs in it...but I didn't think to check them ahead of time and they were too heavy and sunk. 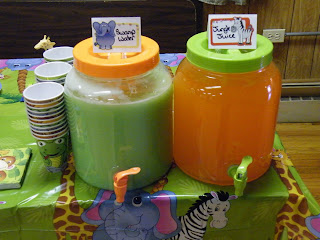 We had lots of safari themed food. 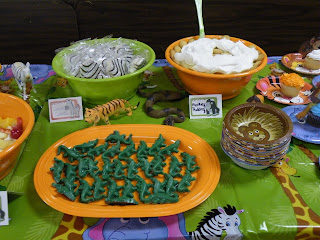 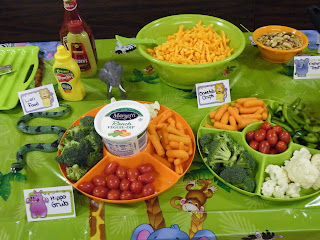 And tried to find safari wrapping paper for the gifts. 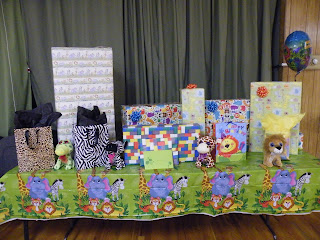 And here is the invitation I made.  Our local library has a rainforest mural and a bunch of animal puppets/toys...so we used that for a backdrop and props. 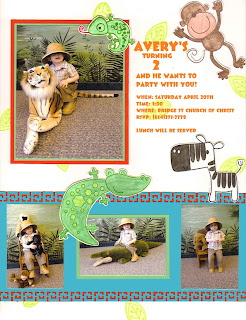 And the little man playing in his safari outfit. 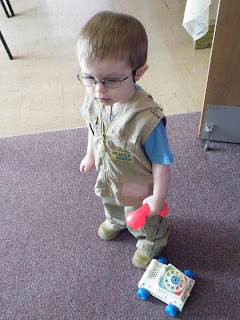