My son just turned 3 and we threw him a Thomas The Train party.  I spent weeks looking on pinterest and blogs for ideas...so I thought I would share some pictures from his party for others who might be looking for ideas.

The invitations:  I tried to make them look like train tickets. 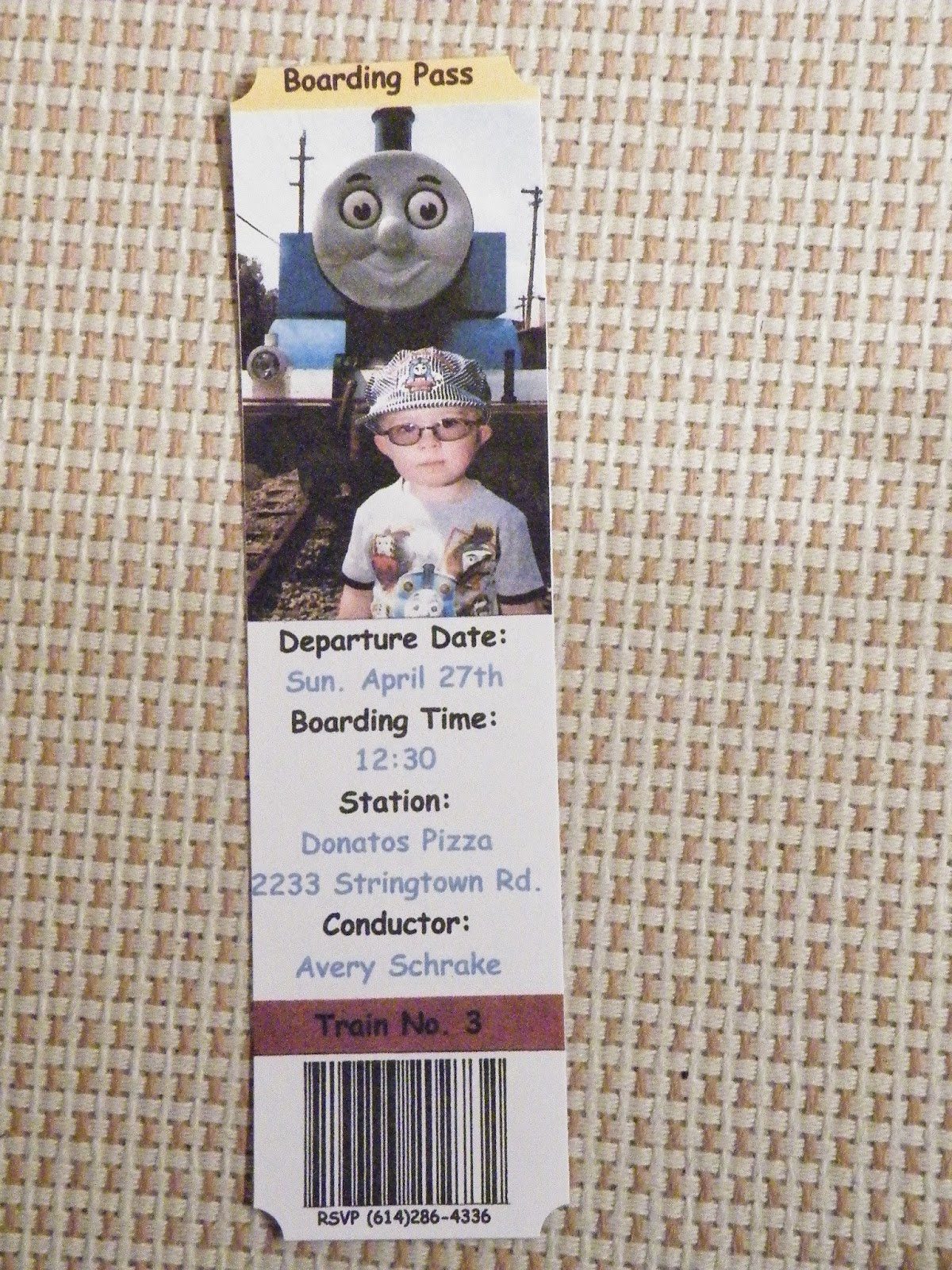 The decorations:  I purchased a banner and a scene setter.  Plus the "pin the steam pipe" game doubled for a decoration as well. 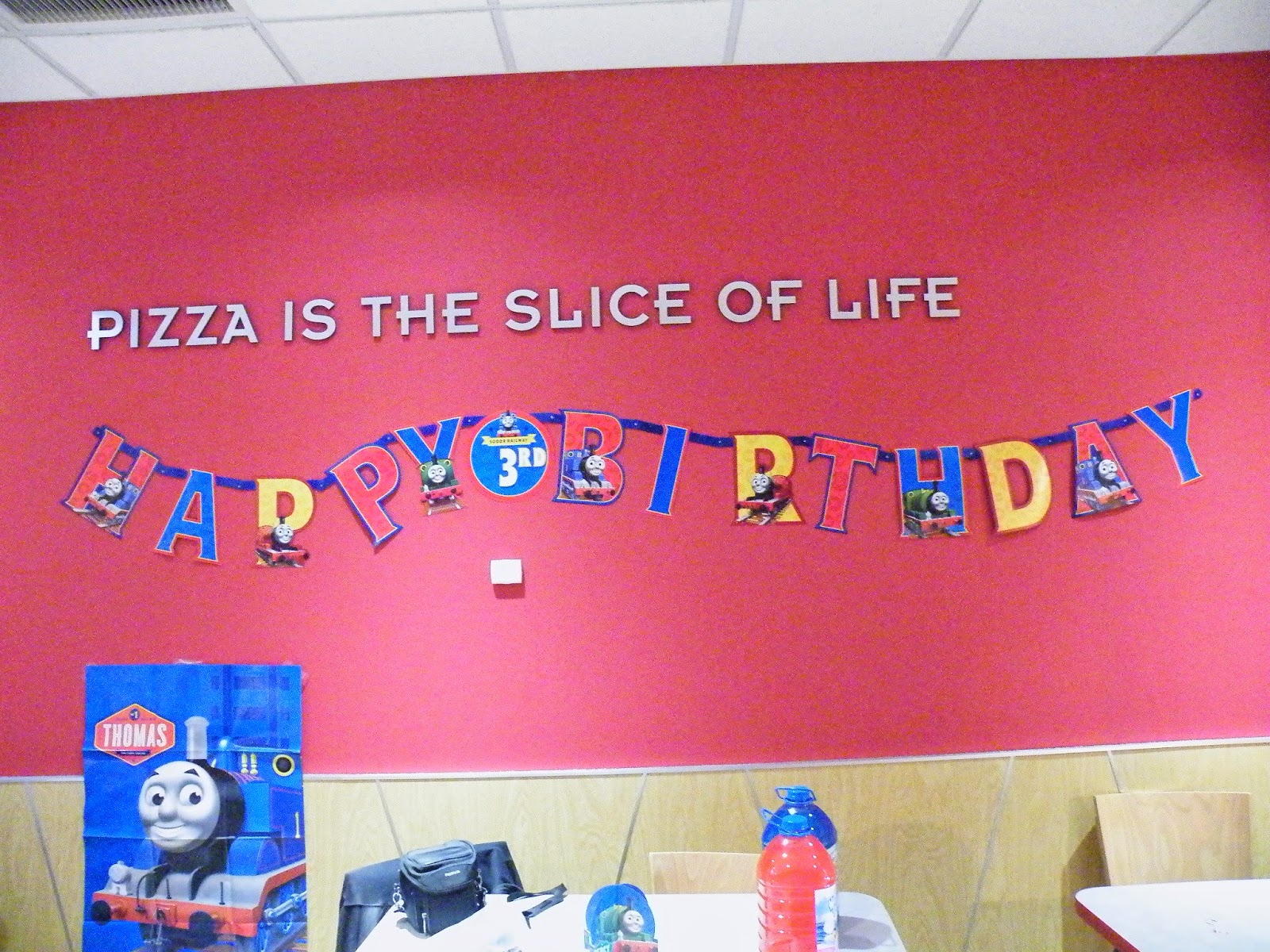 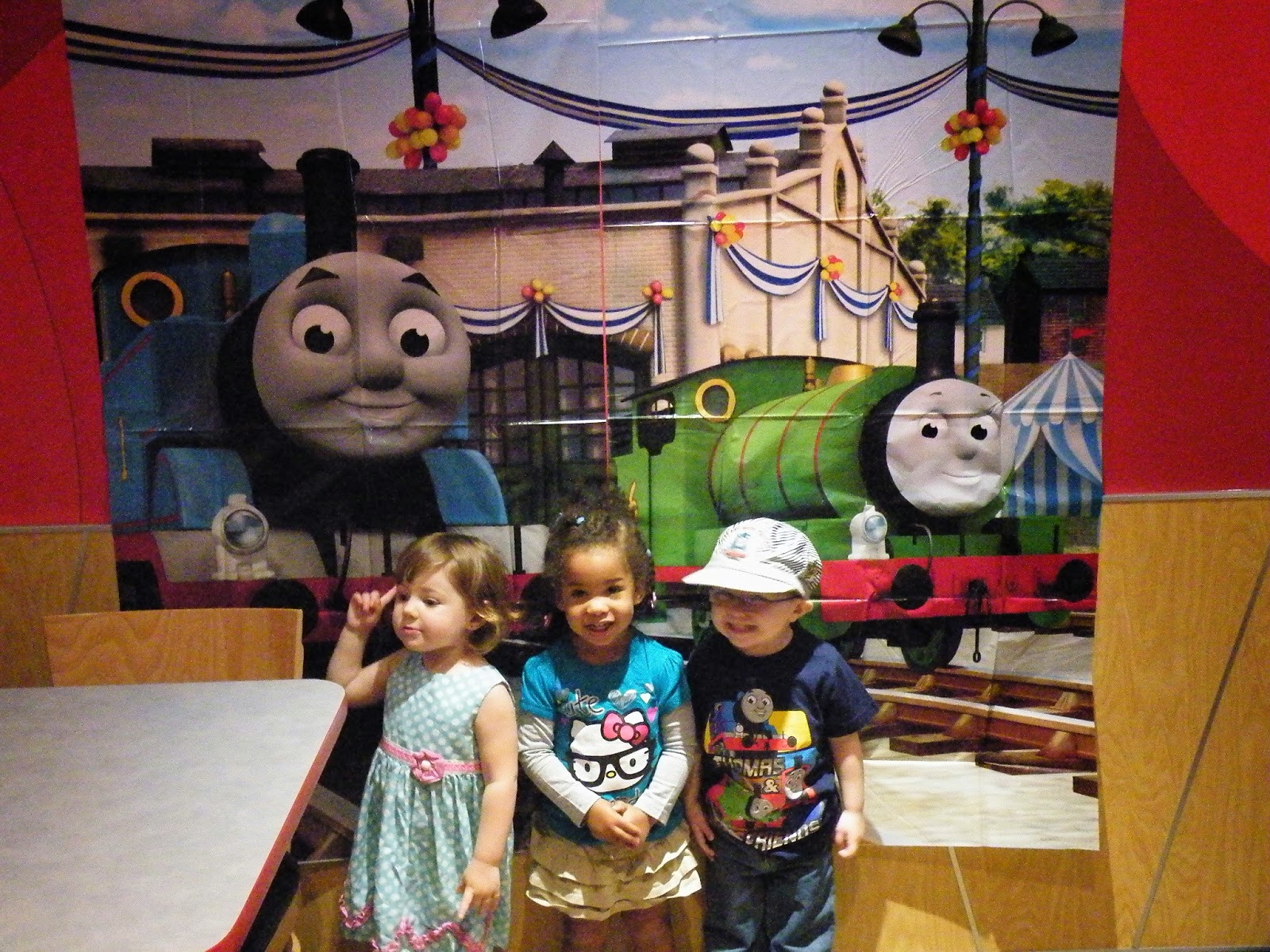 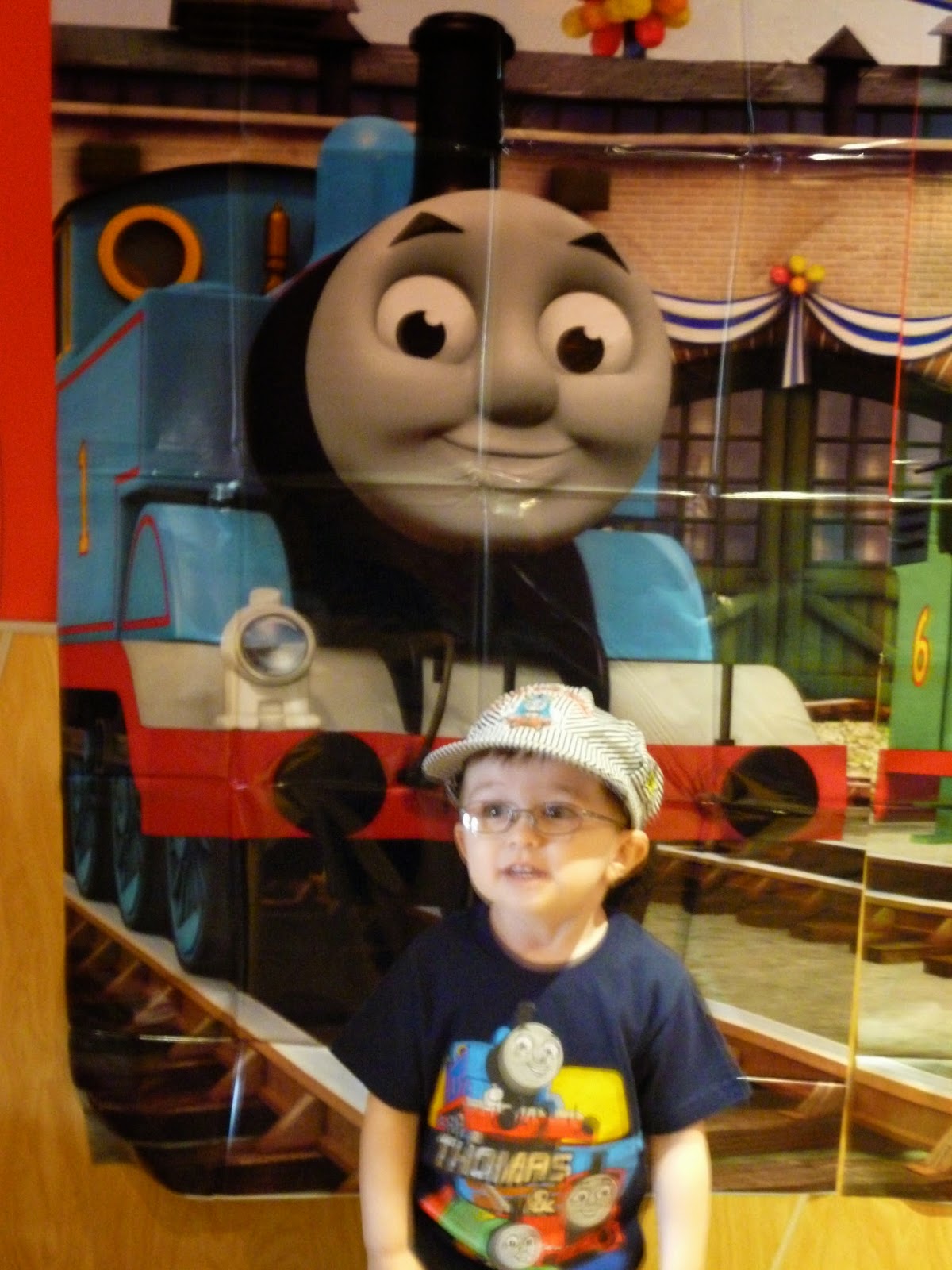 As guest arrived:  I set up a small train set for the kids to play with while waiting for the party to start. 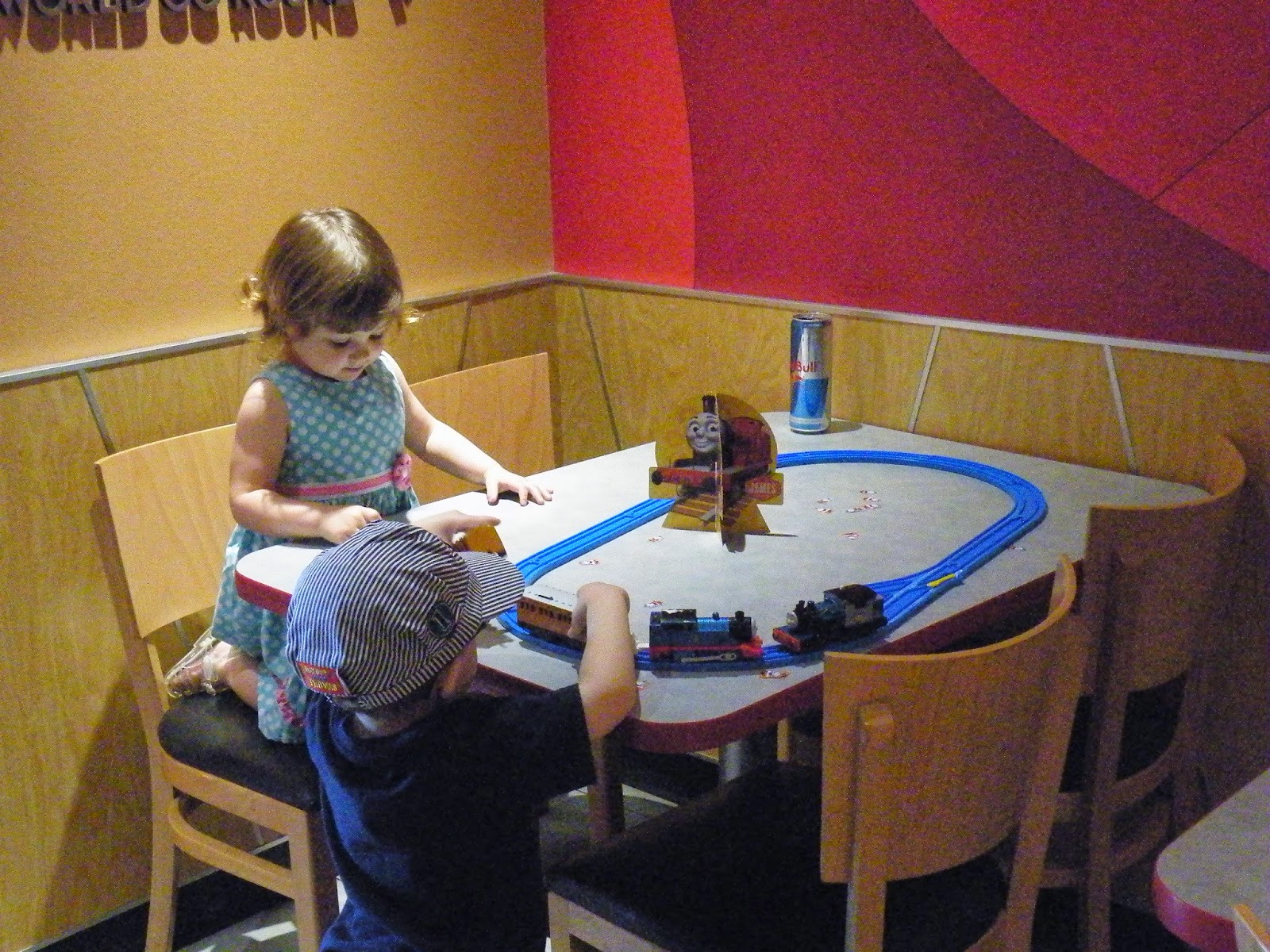 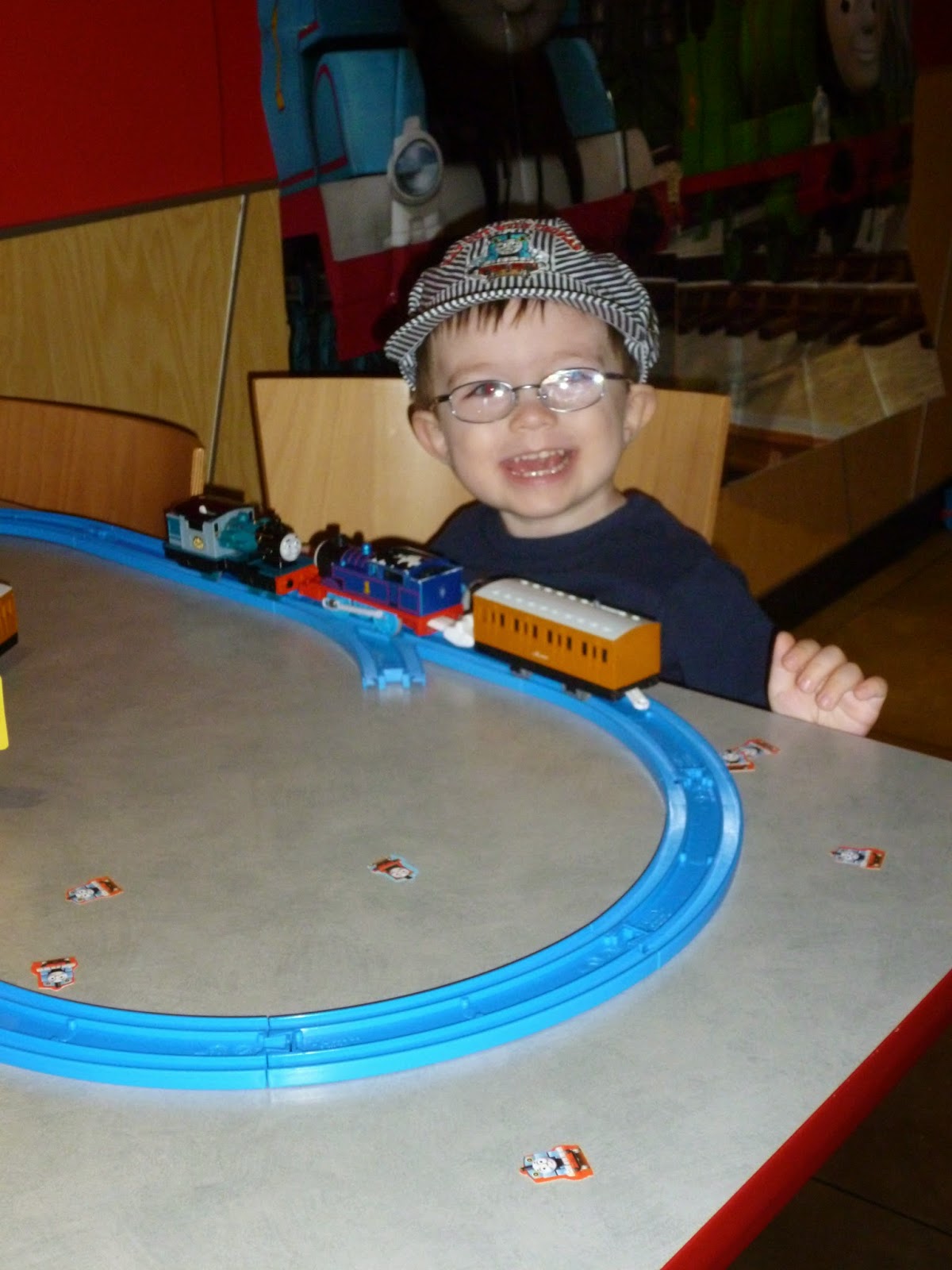 The spread:  I loved the idea of making a train for the food.  I was trying to keep everything in Thomas colors so I added paper and titles to the train cars so they weren't just silver.  I also displayed a picture from "Day Out with Thomas" of my son. 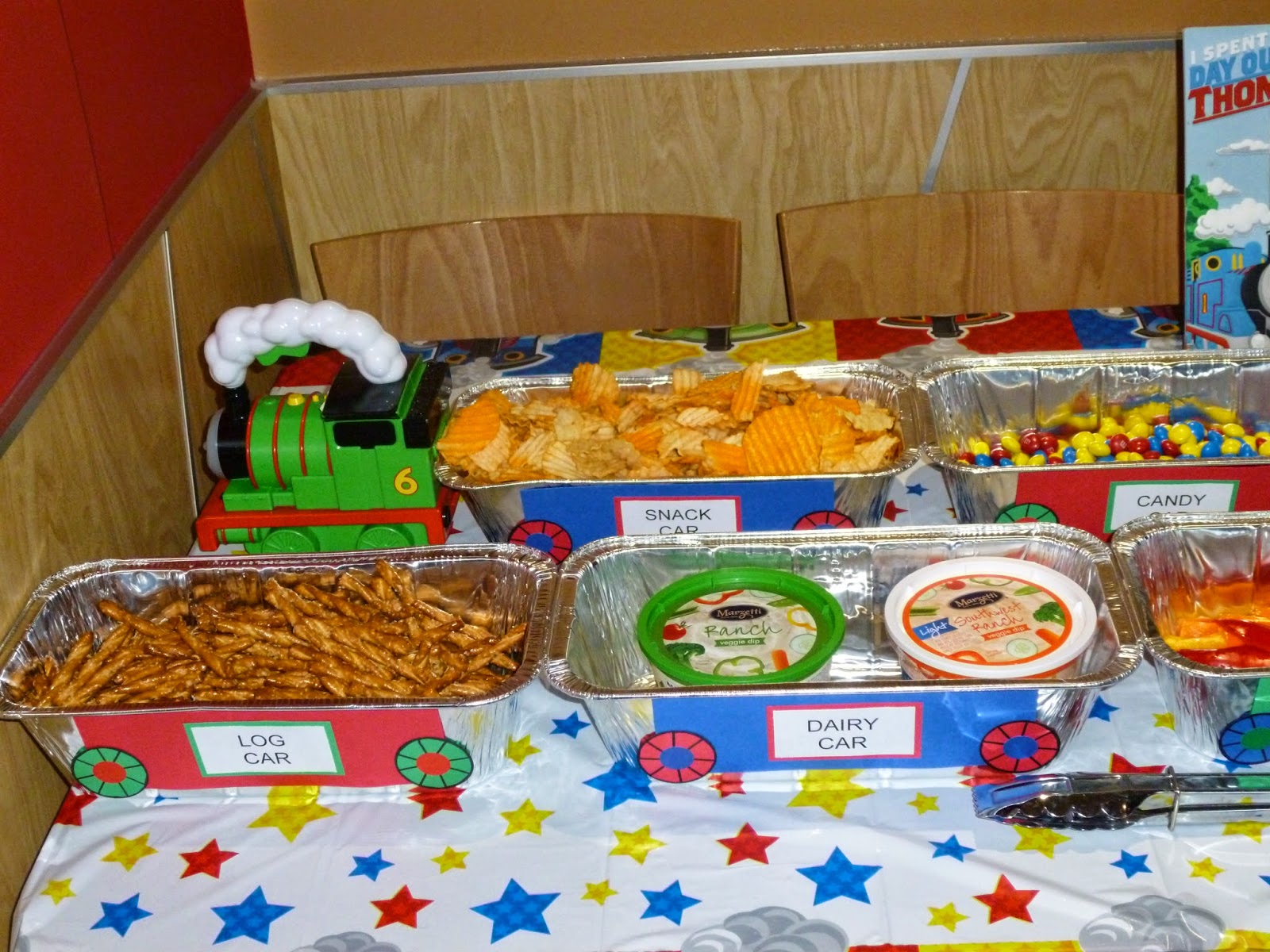 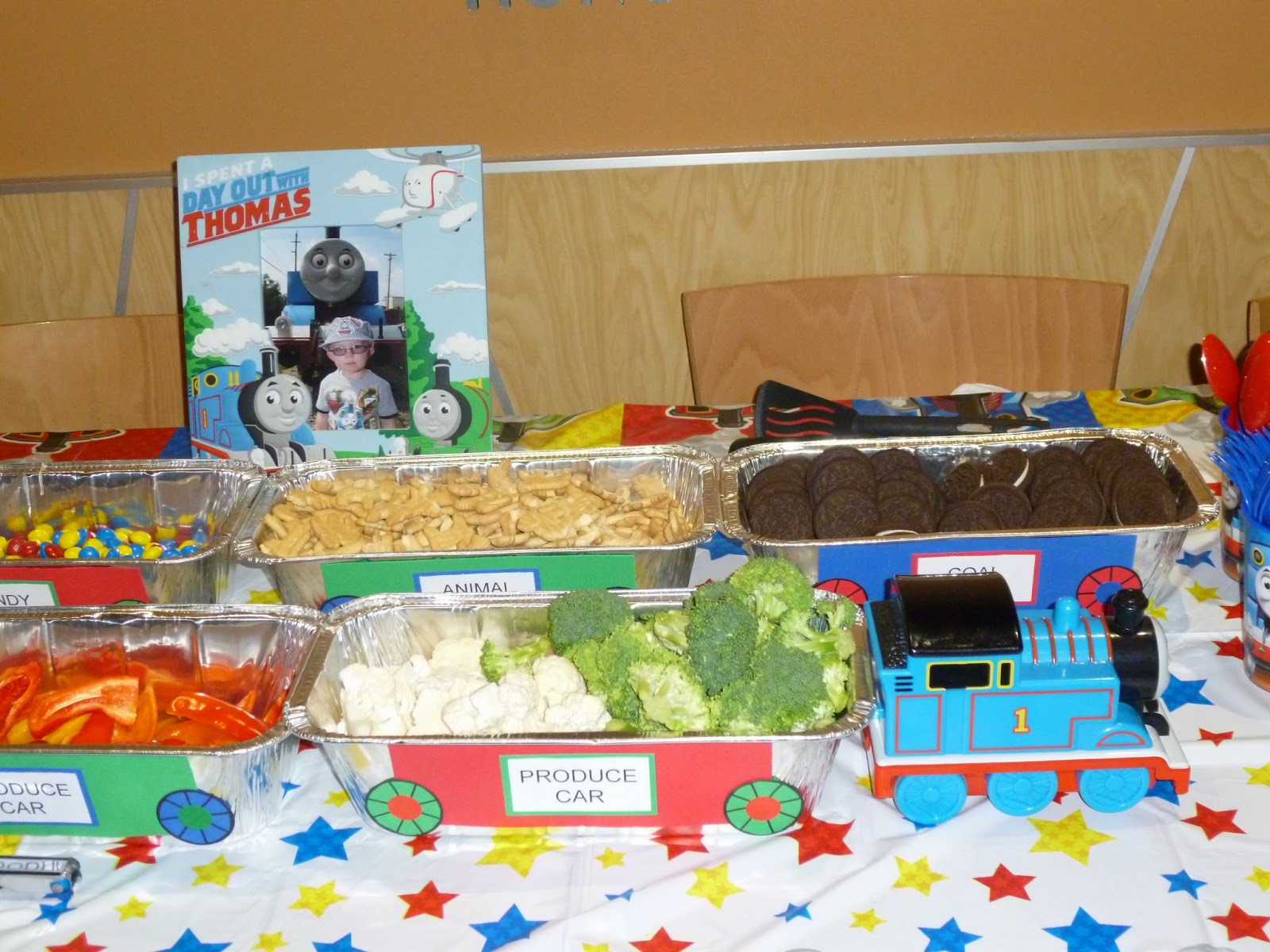 Games:  It's really hard coming up with games for 2 and 3 year olds.

Conductor Says (like Simon Says).....turned into the kids just jumping and dancing after only a few minutes...but it was really cute to watch. 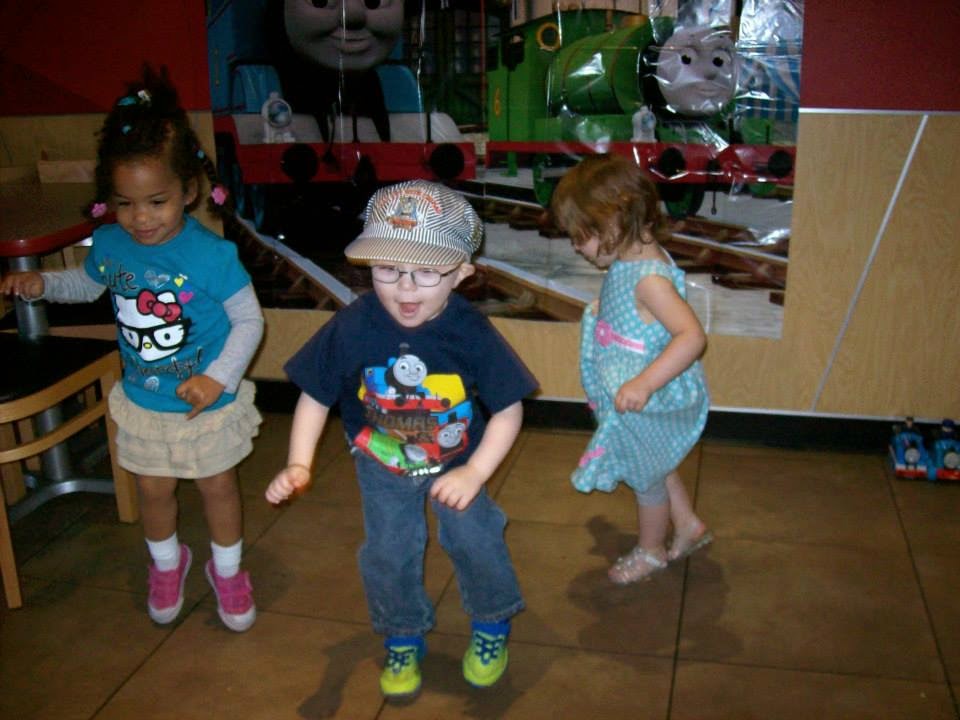 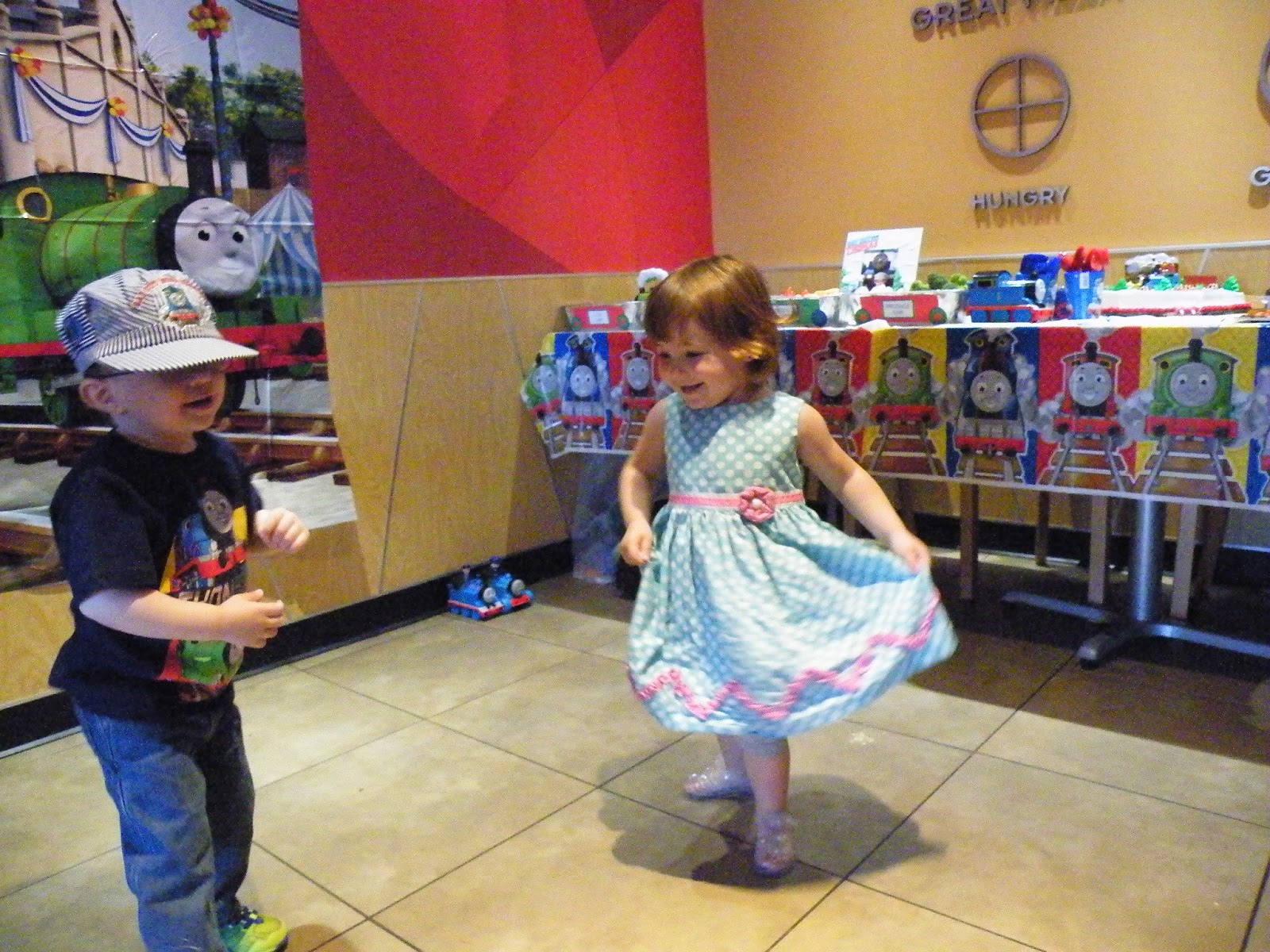 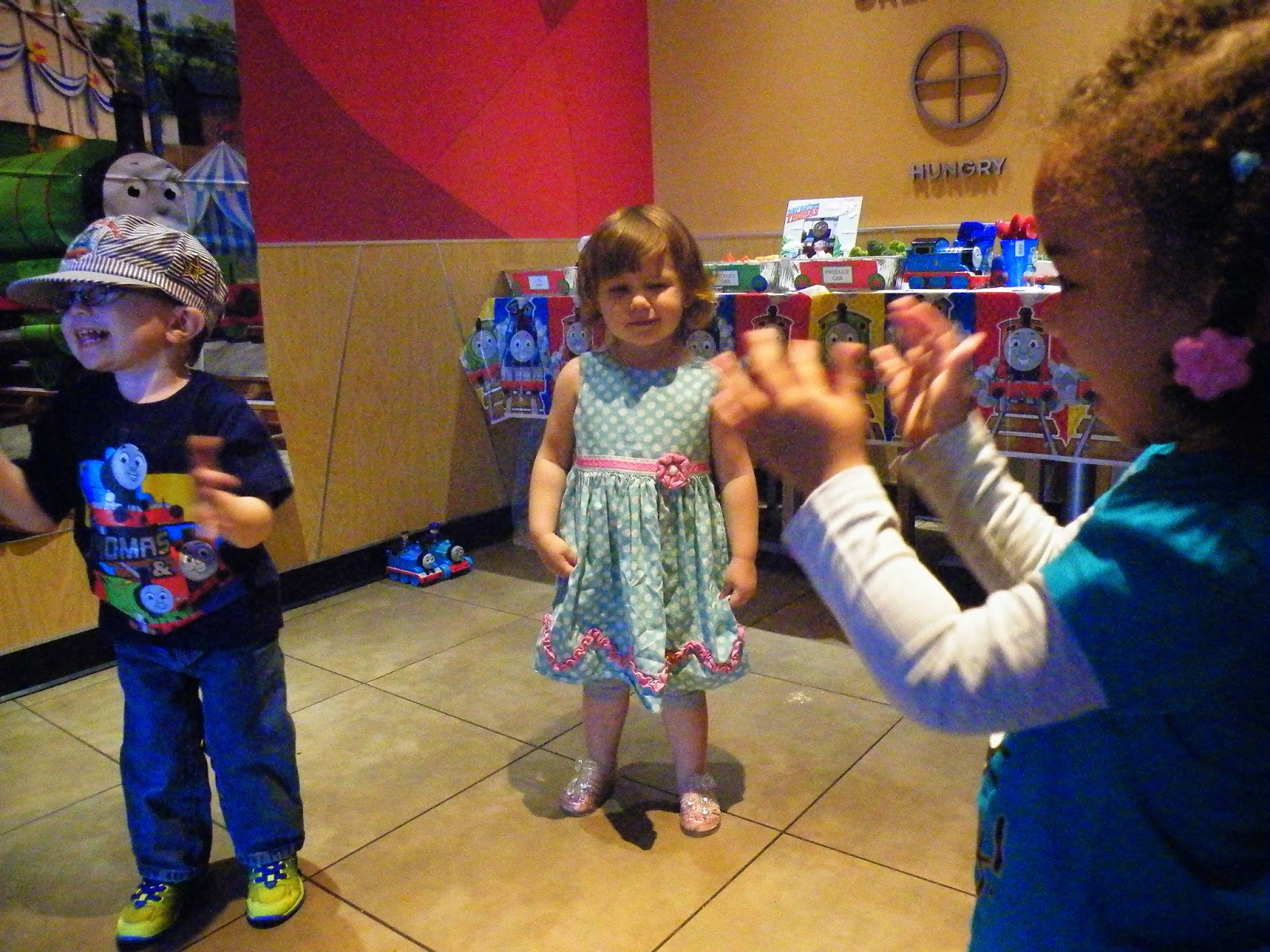 Pin the Steam Pipe (like pin the tail on the donkey).  The kids needed a little parent help for this one.  The Thomas blindfold was hilarious. 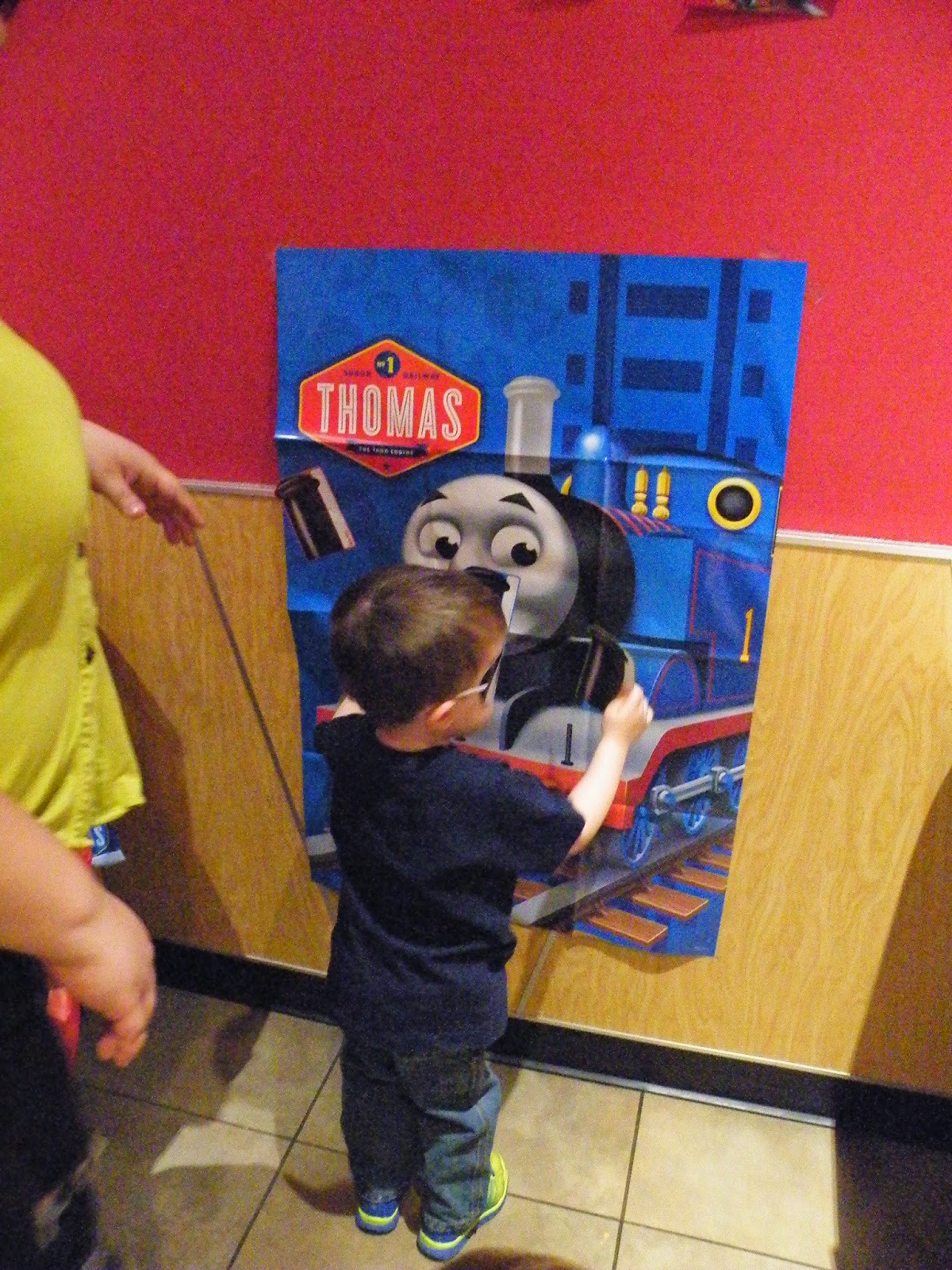 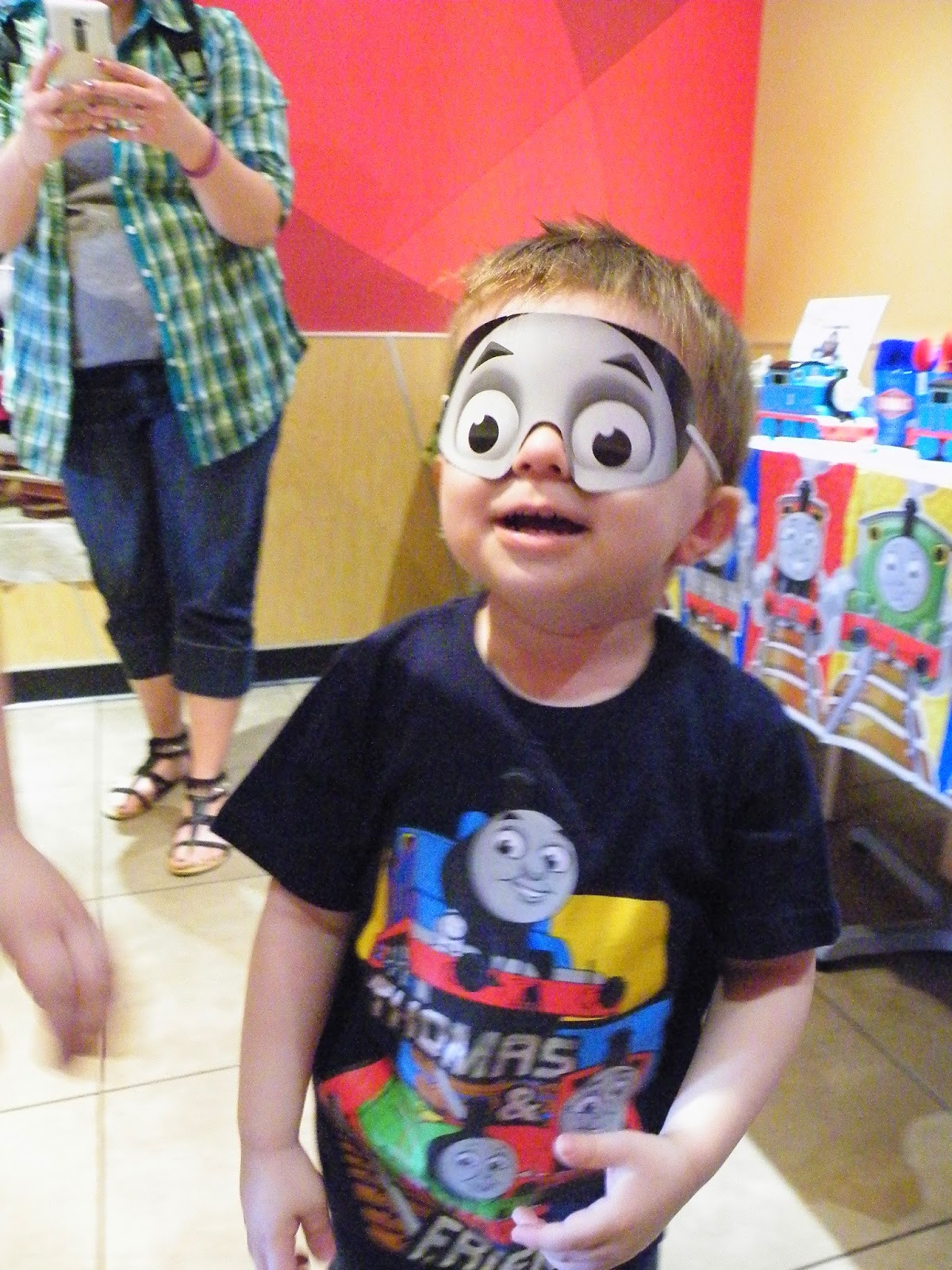 ﻿
Push Trains...I was gonna have the kids race them...but ended up just letting them have free play with them. 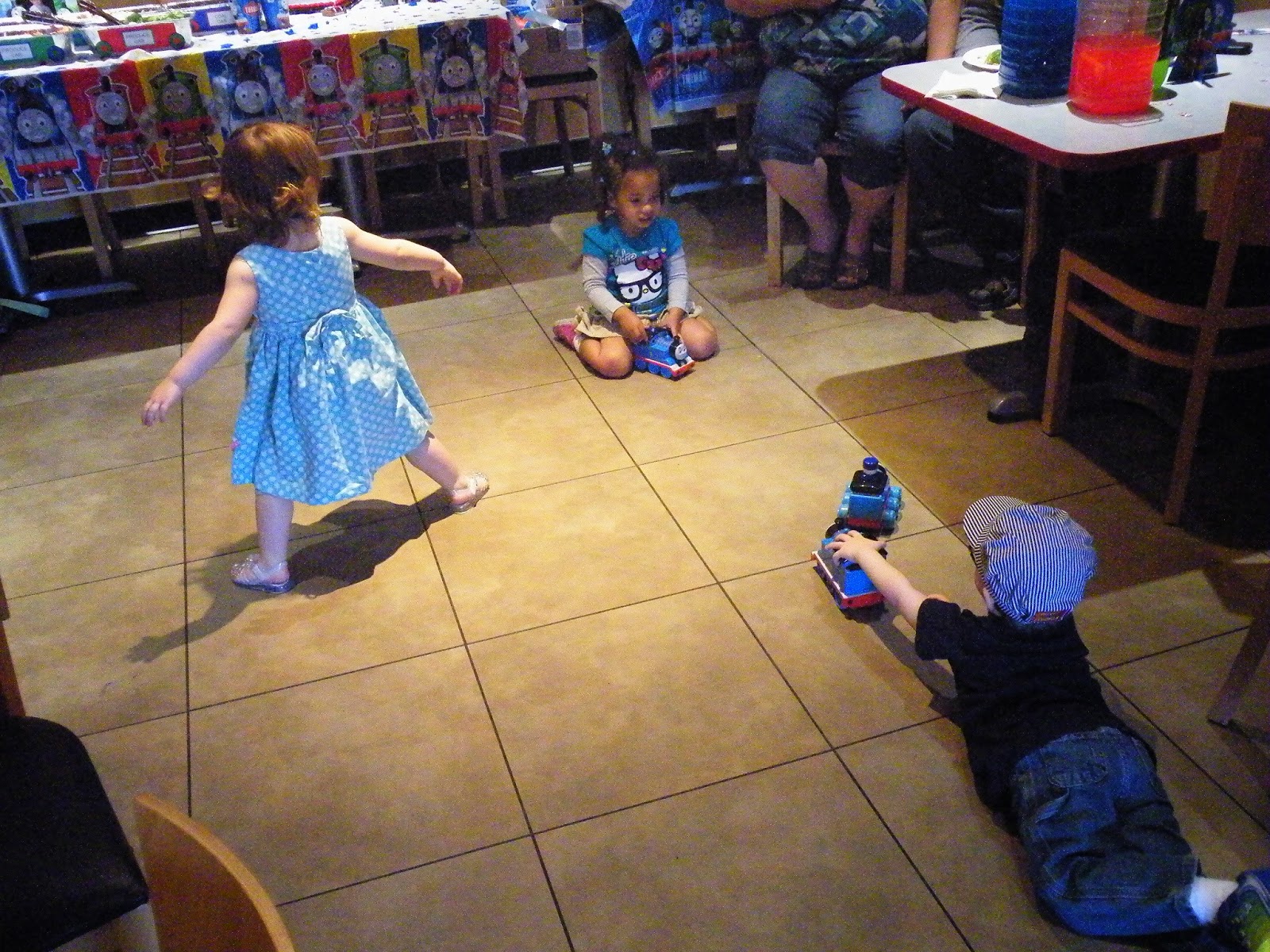 ﻿
The cake: I had a ton of trouble ordering this cake and cupcakes.  I went to four different places (two weeks before the party) and none of them had the supplies.  I ended up having to buy the toppers from a cake decorating supply place and then add them myself.  But the cake HAS to match the theme! 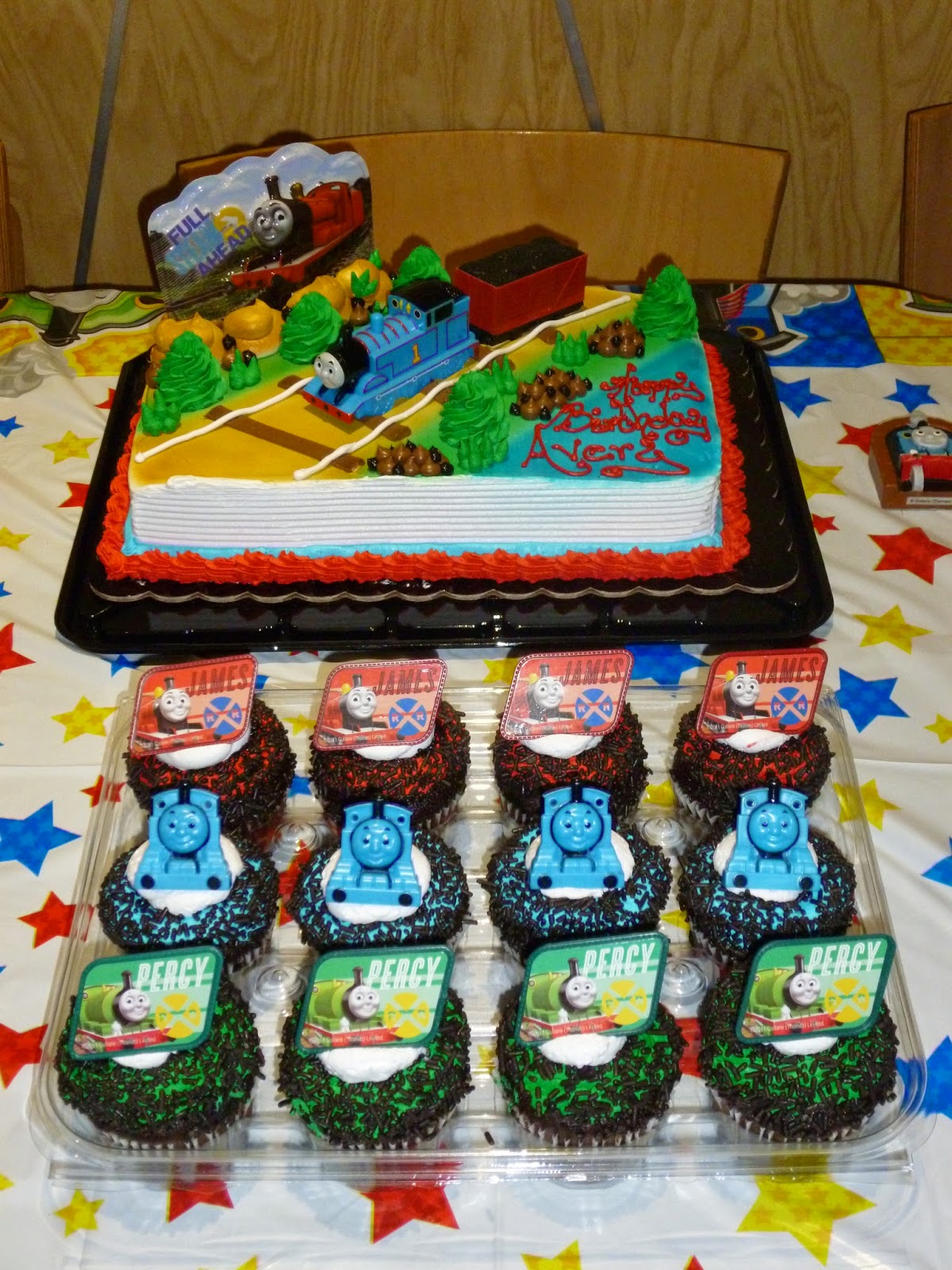 ﻿
The goody bags: I love the idea of the engineers hat, bandana and train whistle....but I could only find them in bulk.  And I didn't want to buy a dozen of each when I only needed three of each.  So, I went with the little trinket toys and candy...which had to be all red and blue. 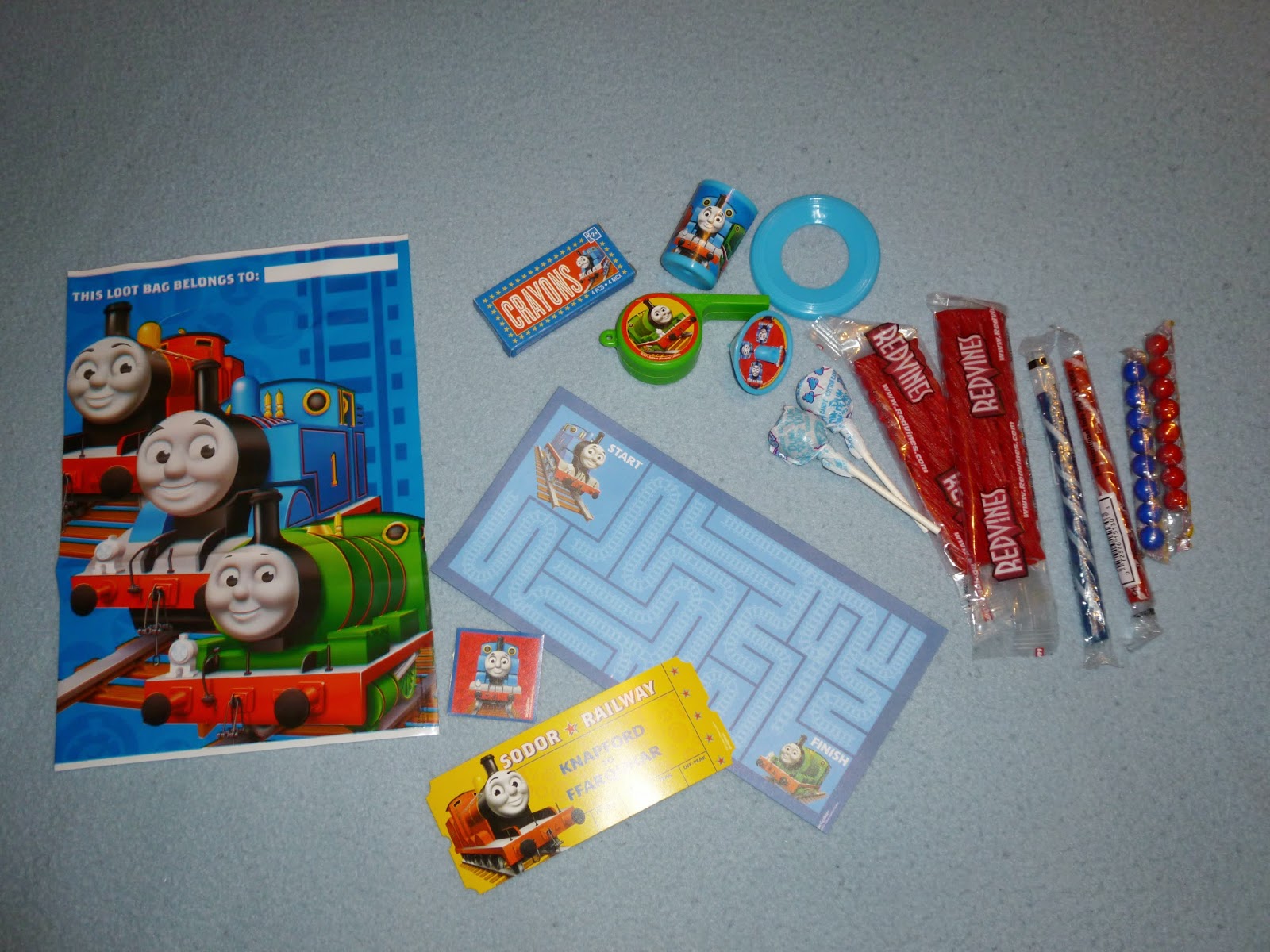 ﻿
Well, I hope you enjoyed looking at pictures of Avery's party.  And if you are planning a Thomas party for your own little one, I hope this helped.  :)
Posted by Kyla at 11:22 AM 1 comment:

This post is WAY overdue!  It is from Halloween last year...and seeing as how Halloween is only 5 months away....very overdue.  But, I just wanted to share the costume I bought/made for my son. 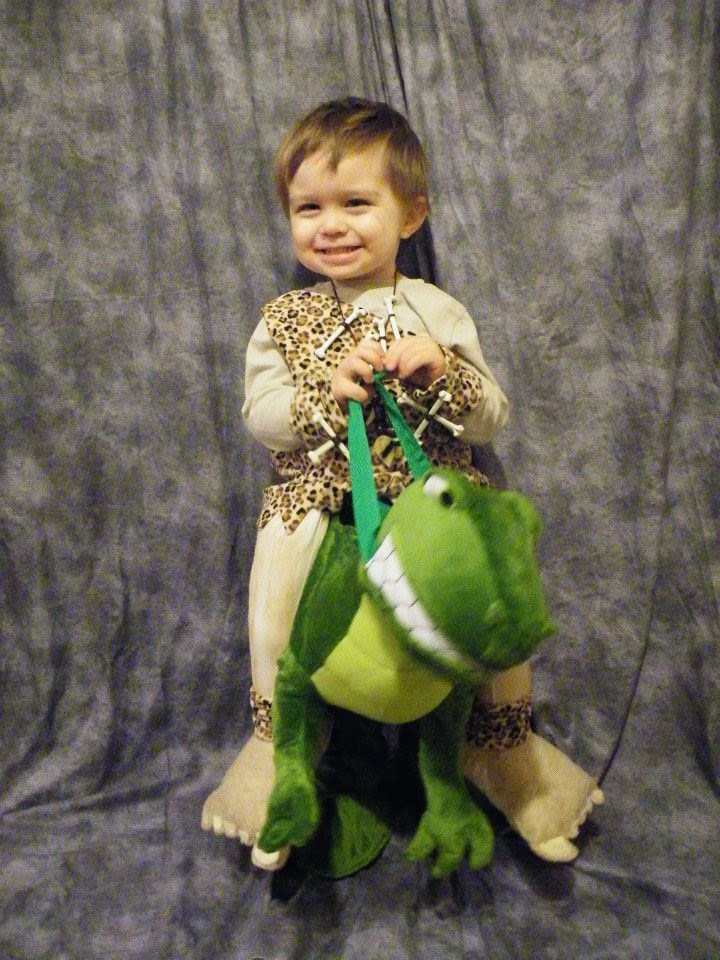 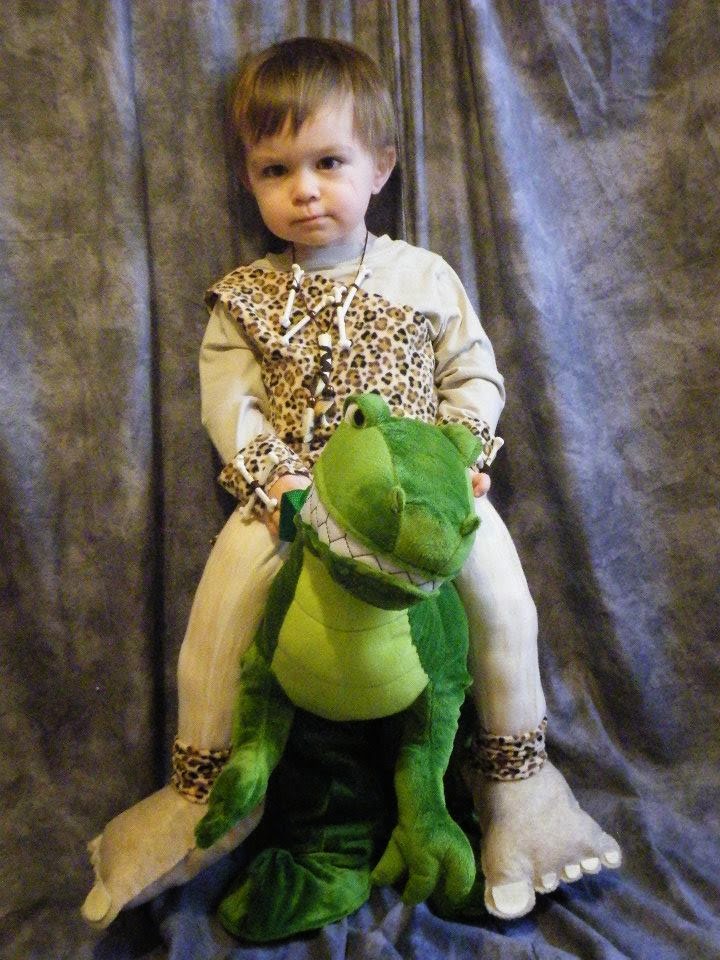 The dinosaur was purchased.  When I saw it I thought it was adorable.  The child's feet go inside the dino's back feet so the dino actually moves.  However, when I got to thinking about it...that left the "dino rider" without feet.  So, I thought..what would be cuter than a caveman riding the dino?  I'm not a sewer...so I upcycled.  I bought a pair of leggings and dyed them tan and stuffed them for legs.  I did sew some felt feet and glued on the toenails.  I wanted the feet to be kinda oversized for a more comical look.  I bought a long sleeved cheetah print dress, cut a zigzag on the bottom and cut the arms off.  I also cut some wrist and ankle wraps from the sleeves.  Then I made a necklace and added bones to the wrist wraps.  I love how it turned out!
Here are a few more pics. 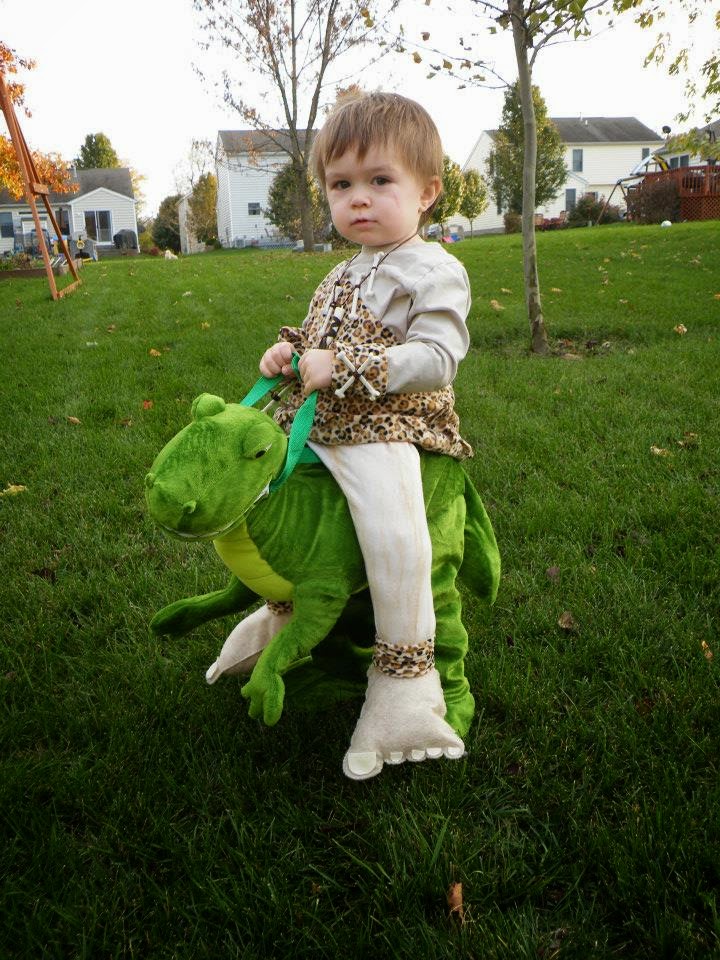 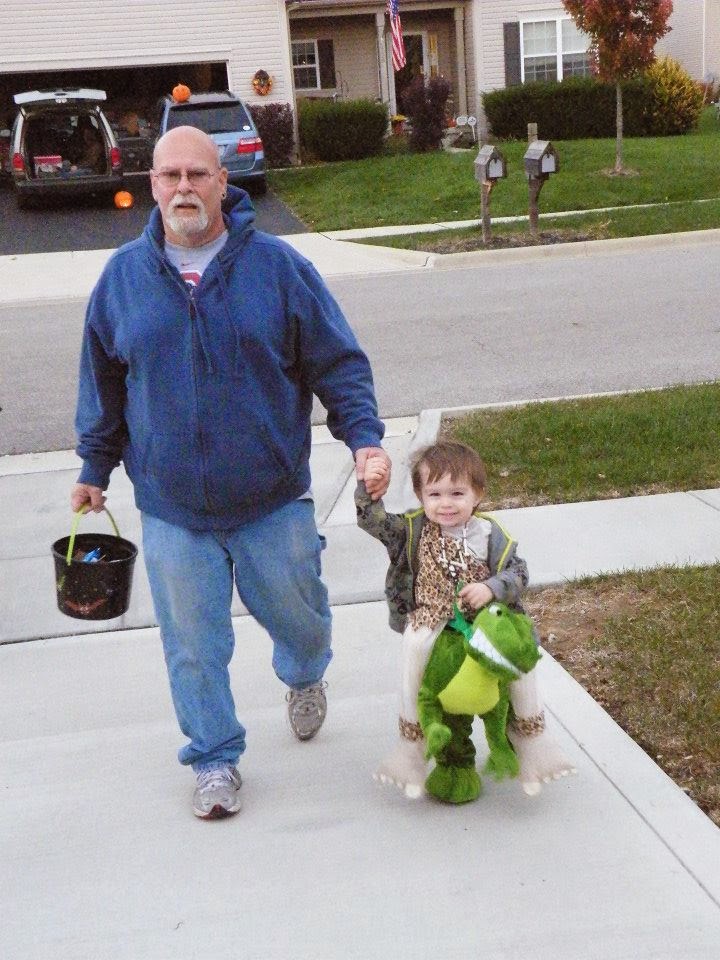 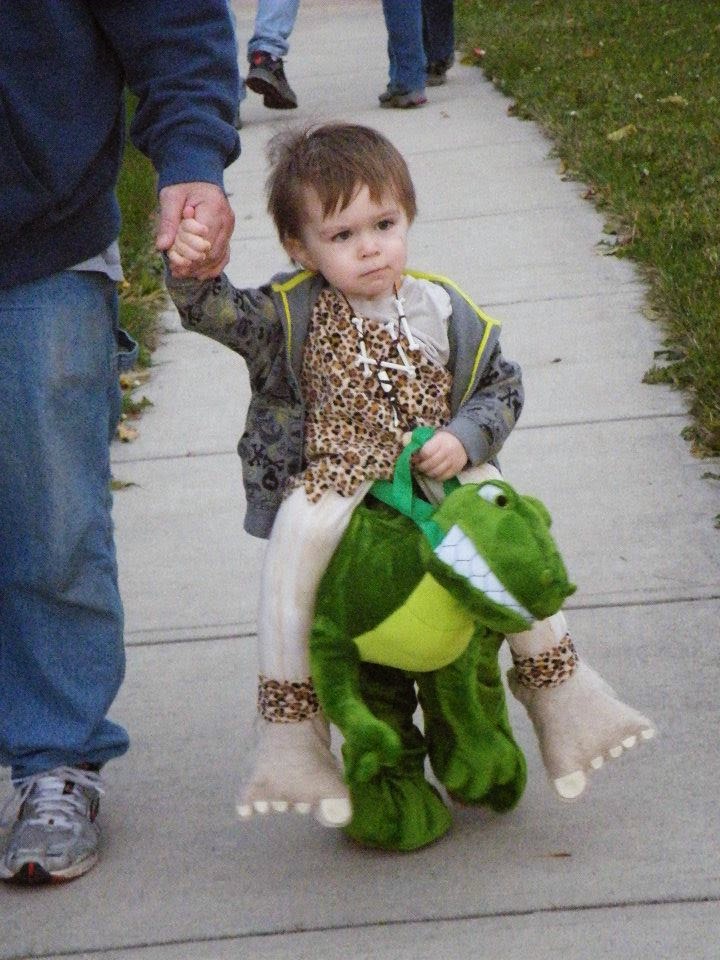